Misha McClure, also known as “Fashionably Mimi” is a vibrant and involved go-getter who is concerned about her community. 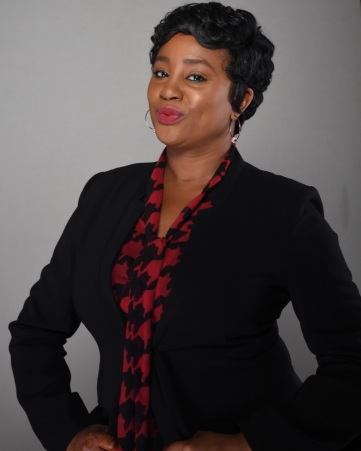 Misha, a native of Baton Rouge, Louisiana, and raised in Springridge, received her Bachelor of Arts Degree in Mass Communication from Southern University, Baton Rouge (2002). McClure has lived in Houston, Texas since 2002, is married to Rodrick McClure, and they have a very active and smart son, Chase.

Misha has built strong community collaborations which she uses in her current Public Relations role as the External Communications Manager for Comcast Houston Region. She began her career at Comcast 6 years ago, hired as a Community Investment Coordinator. She is a graduate of the 2017 cohort of Comcast’s high potential development program: Developing a Leadership Mindset (DLM), she also participated and graduated from the Inspire Mentor Program, an intensive and selective mentorship program of Women in Cable Telecommunications. Her other affiliations include: Women In Cable Telecommunications (WICT – board member), Public Relations Society of America Houston chapter (gala chair/member), and she is a very involved parent, who volunteers her time at her son’s school, and various non-profit organizations in the city of Houston.

Her passion for journalism prompted her to produce a reality web series, Real Working Women of Houston. She also hosts and writes for her own fashion blog, Fashionably Mimi. Social Media consulting is one of her newest endeavours,  which she is using to help businesses expand their brand and grow their network.

Misha was featured in Health and Fitness Magazine (2011) as one of Houston’s Most Beautiful Women, she received a Top 40 Under 40 Award from i10Media (2013 and 2016), she was a TWEF Women’s Leadership Empowerment Honoree (2015), and she was apart of the Inaugural 40 Under Forty cohort for the Southern University Alumni Federation National Conference where she was honored for pushing the mission of the University.

Other accolades within Comcast include, being recognized nationally for her work heading up the Internet Essentials Ambassador program for the region by David Cohen, Senior Executive Vice President & Chief Diversity Officer of Comcast Corporation. She has also received 2 plaques from the West Division for her coordination of a successful Blogger Event, and social media recovery response efforts after Hurricane Harvey.

Her Fashion Blog, Fashionably Mimi is hosted on WordPress, and you can follow her fashion through photos on IG @fashionablymimi. Her web series, Fashionably Mimi, is a show that makes over deserving individuals who are looking for a new look. You can catch this web series on the YouTube channel, Vaughn Media TV.

Published by According To Mimi

Mimi McClure, also known as "Fashionably Mimi" is a vibrant, involved, media professional who is concerned about her community and wants to keep you informed. Want something featured? Email fashionablymimi@gmail.com View more posts

4 thoughts on “Who is Fashionably Mimi?”